I was privileged to be asked to give a small five minute speech at the local Pennsylvania Gigabit Revolution meeting held April 22nd, 2016 at the Yorktowne Hotel.

The Gigabit Revolution is Pennsylvania-funded study conducted by United Fiber & Data to determine the feasibility, need, and cost for high-speed gigabit access in the commonwealth. Studies show Pennsylvania businesses pay 10,000%+ per megabit of bandwidth more than other competing cities with gigabit access. Shocking!

York, PA is central to UFD’s mission to run a high-strand fiber optic line from New York City to Washington D.C. York however has traditionally been a blue collar manufacturing county and as that industry has faded over the past several decades so too has the forward momentum of the city. Because of this stagnation and the need for voices to be heard, I was asked to give some perspective on the challenges I face as a hiring manager of a technology company within York. I also took some liberty to fire up the crowd on my personal belief that we need more than data. We need a Renaissance of learning and fundamental shift in business focus within the county to make a gigabit revolution a reality.

Forgive my speech disfluencies but I was up all night preparing for this meeting and had some nerves finding out I was sharing the stage with such distinguished leaders. Needless to say I was able to power through with the help of my notes. Never be afraid to use them if you need them! The message is truly the most important part! 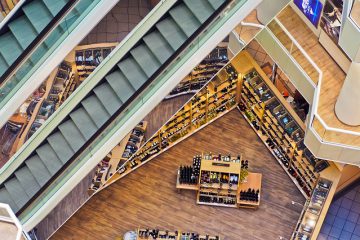 Dedicated to a Lean Holiday

It’s that time of year again. The Christmas claymation specials are running on TV. The Salvation Army bells are ringing. The lines of early adopters are starting to form outside big-box electronic stores around the Read more…

A fresh start. That’s what I needed. The old ways weren’t working. Writing what I know brought in maybe one real person a month checking out my website. I grew bored. Writing code examples got Read more…