If there’s one thing I took away from the movie Fight Club, it was when Tyler Durden said:

The things you own end up owning you

It’s a simple but profound statement considering our American culture and society today. We all have become consumers. We’re working for dollars that are quickly spent on services and products that we rarely need to survive. Only about 30% of Americans have more than $1,000 dollars saved in their bank account. I find this utterly disturbing. Maybe you’re in the 69%. If you are, you really should take this post to heart and make a change today.

It all started with a cleaning day

I recently started playing golf and so I wanted to make room in the basement for a new putting green to practice and hopefully improve my skills during the off-season. During the basement clean-up process I came across an overwhelming stack of boxes and items I had quickly shuttled down to the basement during our move-in day a few years back.

I must have carried around this large heap of “clutter-ibles” (things I think are collectible) for a couple of decades. Sadly, a bunch of baseball cards that have come along for the ride for years are now pretty much worth the wait of paper they’re printed on. But I found a lot of stuff that may actually be useful to someone else. This all triggered a moment for me… so I sat down the broom and got to work on a plan.

The catalyst here really was the Fight Club movie quote. These things that I’ve carried around, that I’ve told myself are valuable or will be used again at a future date, were holding me back from extracting their true value today. What good does an inanimate object do for you if it simply sits in the basement or garage collecting dust? Clothes in your closet you haven’t worn since the last decade? Shoes? That appliance you swore you would fix? Nintendo 8-bit console and games? These items all have some intrinsic value to someone, so let that someone buy these items from you and remove the burden. Release yourself from the bonds of housing these things you supposedly own, because now they’re getting free rent and lying to you. If they were really an investment, would you have them in your garage or basement? Wouldn’t they be giving you some sort of value? That’s when you know you’ve invested in something.

I follow Gary Vaynerchuk and saw a while back he gave a challenge to his social media followers to sell their junk and/or buy and sell items to make a $20,000 profit in 2017. Although I didn’t accept the challenge then, however this pile of stuff in my basement triggered a moment where I thought, I could at least get $1,000 for this stuff. So I dusted off the old e-bay account (talegenllc) and started taking photos of the items and posting them up for sale.

After two weeks I had sold almost $1,000 in stuff! I was stoked! This was so much fun I thought! The endorphin rush was legit and as I freed myself from these items for cold hard cash, I felt a weight starting to lift.

So after getting a boost in entrepreneurial spirit from selling on e-bay I wanted to take the idea a step further and explore a simple side-hustle that could potentially bring in $1,000 or more a month for my family. Arbitrage simply stated is to buy and sell goods for profit. Over the long term, the junk in the basement was a loss, but the idea of being able to strategically buy something to sell at a profit is intriguing. It inspired more discussions with my wife (who has never really been entrepreneurial) about starting a side-business with several different streams of revenue. One thing lead to another, and we’ve got Talegen, LLC formed with our brand: First & Will.

I’m so excited at this point it’s really hard to contain myself. I have a wife who’s on board with the idea of working a small business to make more income for us all. The potential for growth is really in the sweat equity we both put into the business. Just working a few extra hours a week, I’ve already sold $936.43 worth of items from our basement. I can’t wait to see what unfolds for us this year.

Hope you all are doing well and take something from this post.

Life Changes, and So Should You

So if you’ve been a consistent visitor of the website you may have noticed that I went silent around Christmas time last year. January, February, March, etc. all passed without a word from me. Some Read more… 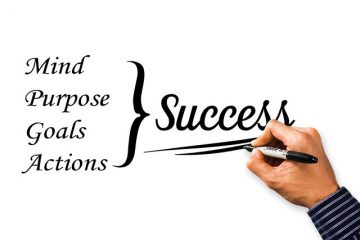 Four Necessary Traits For Succeeding At Anything in 2018

Success can be broken down into a set of traits that I call the Four Spheres of Success. Each sphere builds upon an inner sphere. Success Traits At the core is your mind. You must Read more…

Do This Right Now: Find Your Purpose

So many people today suffer from a lack of purpose. They go day-to-day on a cruise-control mentality of just surviving. It’s upsetting to think that I fell into this myself. I discovered that finding your Read more…